Related views outside the Spiritual Realm

The mind is still one of the biggest mysteries in science. It appears to be so different to other physical substances that throughout most of history, people have believed that it's not a physical substance at all.

The first Ancient Greek philosophers held a rationalist approach to the theory of knowledge. This means that they believed true knowledge comes from the mind, which is rational, and not from the senses, which can be tricked.

In the 5th century BCE, Socrates argued that people cannot understand the world until they use rational thought to understand the true nature of themselves[1].

Socrates believed that the mind has an irrational part, which is controlled by emotions, and this is drawn to the body. Once the mind and body merge, the mind is limited by what we are able to perceive with our senses. The rational part of our mind mostly remains beyond our conscious knowledge, however Socrates believed that it's the job of philosophers to connect to the rational mind in order to become a whole person. Once this is achieved, a rational person will see things for what they really are[3]. Socrates' pupil, Plato, elaborated upon this theory in The Republic, where he described how the things we perceive on Earth are really composed of ideas, or forms. A form is an eternal and perfect concept, something that is strived for but never actualised on Earth.

All horses, for example, are united by the concept of 'horse', an ideal that all horses on Earth were built to resemble. But it is not just objects and individuals that have forms. Forms also apply to abstract concepts such as beauty.

Plato claimed that all of the forms exist outside of the realm of regular perception, in the 'realm of the forms'.

Plato did not trust sensory information because we can confuse reality with the imagination. The most extreme cases happen when we dream or hallucinate but this also occurs when we confuse one object for another.

Plato showed that we are often presented with illusions of this kind. A stick, for example, can appear bent in water, yet when we pick it up, we will find that it's straight. Things are not always what they seem, and we are not always aware that we are making these mistakes. 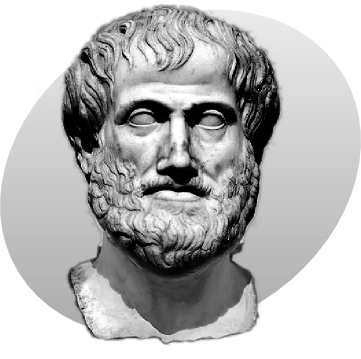 Plato set up an academy for philosophy, and one of its pupils was Aristotle, who was born in 384 BCE. Aristotle rejected many of Plato's theories including rationalism.

In On the Soul, Aristotle argued that the mind doesn't have innate ideas, and compared it to an unscribed tablet, a 'tabula rasa. Aristotle also rejected Plato's realm of the forms, arguing that the forms are concepts devised by people to categorize things.

Aristotle argued that the mind is a part of the human body, and so also rejected mind-body dualism. He did however, believe that intellect was different from any other part of the body. This is because our conscious range does not appear to be restricted in the way that our physical senses are.

Aristotle claimed that intellect does not have a corresponding bodily organ. This means that it does not exist in space, despite having a physical origin.